Is there a conflict I ask? Not for me. But to many there is. People have wrestled since the time of Adam with this apparent conflict. But surely life, nature and the universe can be understood either in a theistic or in an atheistic way. For instance, evolution can exist inside or outside of religious belief. You can be an evolutionist and still believe in God the creator. Belief in evolution and belief in God (a creative entity) are compatible points of view to hold at the same time whilst maintaining intellectual integrity, despite undertones from many in both groups. Dogmatism should have no place in any discussion.

Of course, evolution only comes into play when talking about life – random gene mutation combined with environmental natural selection. So, evolution started on Earth about 3.8 billion years ago. One has to wonder about the 10 billion years before that when the lifeless universe was just rambling around since its birth minding its own business – what was the purpose of those 10 billion years – well that’s a story for another day.

Many ancient cultures have creation stories. And there are many legitimate and competing viewpoints on the idea of God.

Are you a Deist in that you believe in God based on reason rather than any specific doctrine? But your God is not involved in the human world, although he created the natural laws which govern the universe (Newton’s clockwork universe – God winds up the clock and leaves it to work on its own).

Are you an Atheist in that you don’t believe there is a God?

Are you a Theist in that you believe in a God that controls events and intervenes in human affairs such as by miracles or written scriptures? This is the religious world of Christianity, Islam, Hinduism, Buddhism and many more.

Are you an Agnostic in that you neither believe or disbelieve in God, as whether God exists or not is unknown and unknowable?

Are you a Spiritualist in that you believe a sense of purpose to life, a connection to something bigger than ourselves, a ‘life force’?

Which one are you? 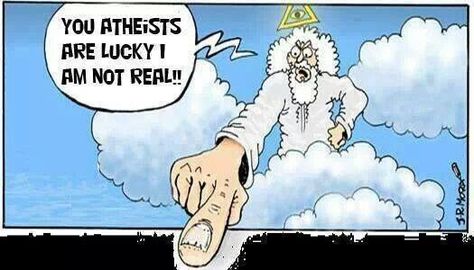 We all want to know which view is correct. Or rather which is the best explanation to-date.

There is an ongoing debate as to whether science can answer all the great questions or if there is a limit to what it can explain. By ‘great’ questions I mean things like the nature of reality, the purpose of life (purpose of you and me), the purpose of the universe prior to the advent of life, and is there a God? Do these answers lie beyond the scope of science? We know science is exceptional at describing the structure and behaviour of the physical world. But to understand the purpose of the physical world may be best left to philosophers or theologians according to many. But probably scientists, philosophers and theologians working side by side would stand a better chance of seeking and determining truth and meaning.

It’s certainly not black or white when trying to decide which is the correct viewpoint on these great questions – there are grey shades everywhere.

I guess many people don’t even think too much about their views, they are born or just fall into one or the other and happily remain there. And others change from one position to another based on perhaps good or bad life-events.

Science and religion seem to have been at war for hundreds of years. Of course, today we are a long way from the ‘holy inquisitions’ and persecution of scientists in the middle ages, and in the end Physics, Cosmology, Geology, Biology and Archaeology have overcome those dogmatic hard-line religious views.

But rather than one side demonising the other, tolerance and understanding are what’s needed from both sides if we are to progress in a meaningful way in answering the baffling questions which the greatest minds from a broad spectrum of the scholarly world have tried to resolve over the centuries.

WHO WILL PROVIDE ANSWERS – WHO WILL LEAD THE WAY

As scientists remind us, everything physical is measurable (error bars aside) and science can analyse anything measurable. But what about self-awareness and consciousness? Are they physical entities? Yes, they exist in a physical brain and use physical processes to function, but do you need to be a philosopher to explain these?

Can science answer these questions? Science uses a combination of logical reasoning and evidence and repeated testing to form objective opinions, hypotheses and laws. The scientific method provides answers to questions that are consistent across time, space and culture to help avoid confirmation bias. Shouldn’t religion and philosophy do likewise?

Can religion answer these questions? In science the infinite regress argument is often used as a put-down for God the creator. As in, if there is a creator, then who created the creator? But this is a moot argument since when science says the first moment in time/space was a singularity 13.7 billion years ago then we can also legitimately ask ‘what was before’. Some in science seem to think that ‘infinite regress’ question doesn’t apply to science, only to religion. I respectively disagree. The infinite regress problem exists in both doctrines.

Science, religion and philosophy should inform each other as they ultimately exist in the same realm and while they are distinct subject-matters I think there are many overlaps, contrary to evolutionary biologist Stephen Jay Gould claim of “nonoverlapping magisteria” or NOMA. Let us remember Newton also felt he needed to work in the field of theology and philosophy to improve or compliment his understanding of the universe.

Does an ant carrying a leaf understand the leaf was created by electromagnetic radiation generated through a nuclear fusion process from a 5 billion year old star 93 million miles away? Probably not. Are we at the intellectual equivalent of an ant in trying to understand the bigger picture? Might as well give up at that rate. Or maybe just find a self-satisfying answer that lets us as individuals sleep peacefully at night during our very brief time on this earth.

Physicist Frank Wilczek’s universe popped into existence from nothing, and the reason for that is that ‘nothing’ is inherently unstable.

Physicists Victor Stenger suggests “the natural state of affairs is something rather than nothing. An empty universe requires supernatural intervention – not a full one. Only by the constant action of an agent outside the universe, such as God, could a state of nothingness be maintained. The fact that we have something is just what we would expect if there is no God”. Now this ‘logic’ doesn’t completely do it for me as a full universe doesn’t imply there is no God, so I’m unclear what he means. Does he know himself?

Now we are getting into the world of Quantum Creation theory. Any theory with that damn word ‘Quantum’ in it I find scary, it essentially means unknowable. What with virtual particles that appear and disappear, but we can’t observe them directly, just their effects and not to forget there is no such thing as empty space, since a perfect vacuum is actually filled with particles.

It will be quite a challenge for scientists to sell a quantum creation story to the general public in layman’s terms. Not much point in a handful of scientists telling us they have solved the ultimate question, but are unable to use language that allows the rest of us finally nod our heads in agreement.

The argument seems to be that it’s not only particles (something) that can spontaneously appear from a vacuum (nothing) but that bubbles of space and time (the universe) can also appear from nothing. But is this quantum ‘thing’ just another fanciful creation story?

CONCLUSION – if I can call it that!

Religious worship may be waning around the globe, but the idea of a creator, a bigger picture, a life-force may be increasing. For many, the more science reveals about the workings of the universe the more one thinks there must be a deep hidden meaning to life. Surely, we are not just the product of chance, having a fleeting existence on a piece of dust in a vast universe heading nowhere.

And when you do think deeply and venture down the cosmological or evolutionary highway at the same time as the religious and spiritual one it can strike you that the roads lead in similar directions, albeit different starting points. But they eventually seem to converge. Or do they? It’s enough to start an argument in your head. Both views can be persuasive. Maybe instead of trying to prove whether God exists or not we need to first broaden our definition of God.

Will the day we discover life on other worlds (and that’s not too far away timewise) change anything regarding a belief in God? It doesn’t need to. A creator can still be behind all life, not just life on Earth.

FLYS IN THE OINTMENT

Will the day we become more ‘robotic’ than human, as our bodies and brains become cyborg-like (and I think that’s not so far into the future either) change anything regarding belief in God? That’s a tougher question. That would mean we humans are just one more step in the evolutionary goal of God (if there is one), that we humans are not the final product after 13.7 billion years, that what we now call Artifical Intelligence (AI) is the ultimate goal.

Is AI behind all of this already? Maybe the simulation hypothesis is correct, we are just part of a simulated universe created by AI. But where did AI come from originally? I give up……………

In the course of time our neuron dominant brain may be replaced with microchips (or whatever their successor will eventually be called)? Our bodies/skeletal systems will be replaced with Titanium or the like. Humans will become cyborgs – Robo Sapiens anyone! When that happens where does the idea of God and Heaven and afterlife fit in? Will AI refer to us humans as its creator, its God?

And of course, another fly in the ointment for religion is the whole idea of heaven and an afterlife. Who gets in? Who qualifies? Will it just be humans and no other species, despite how close we are genetically related? At what stage in the evolution story did individuals journey to Heaven when they died? Is it just Homo Sapiens or all the way back to Australopithecus or back further still?

I don’t have an answer to satisfy myself on that one. So far! Fresh thinking is needed.